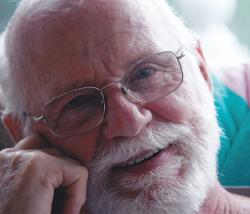 It is with great sadness we announce the passing of Donald Reigh Chase, age 85 of Tidnish Bridge. Don passed away on Saturday, January 7, 2023 at the Cumberland Regional Health Care Centre in Amherst, NS.

Born in Windsor, NS, he was the son of the late Lloyd and Mildred (Redden) Chase.

Don loved his home province of Nova Scotia where he began his professional career with the Bank of Nova Scotia at just 17 years old.  His time with the Bank took him to Kingston, Jamaica and Sault Ste. Marie, Ontario before he finished his career in Toronto.  He loved his career at the Bank, back in the day when the Bank Manager held a prominent role in the community, a role in which he took great pride.  He was well regarded by his peers and colleagues and respected by his clients, many of whom became friends.

Don always made time to actively pursue his love of the outdoors as an avid and almost always successful hunter, as well as a passionate fisherman. He introduced his family to a lifelong love of the outdoors with many camping trips, picnics, fishing trips and duck hunting adventures.

His love of sport began as a child playing hockey and basketball, a game he played into adulthood in Jamaica and Toronto.  He excelled at curling and for many years skipped teams with such affectionate names as "The Rinky Dinks" at annual curling bonspiels across Ontario and Quebec. The Toronto Maple Leafs, Blue Jays and Raptors had no bigger fan than Don.

Don loved his music.  As a child, he sang with the boys choir in Windsor.  Over the years he became a lover of country music and especially Dixieland jazz, often taking in jazz festivals as he and Gloria travelled the continent in retirement visiting such places as New Orleans, Victoria, California and Florida.  Don was always the life of the party when he brought out his ukulele to lead sing-songs at curling bonspiels and around many a campfire.

Don returned to the province he loved when he retired in the mid-1990s, settling in Tidnish Bridge where he and Gloria have enjoyed many years living a picturesque seaside life constantly entertained by the wildlife and views through the picture windows of their home at the mouth of the Tidnish River.

Don is survived by his loving wife of over 64 years, Gloria Ann (White) Chase, his son Michael (Cory), his daughter Teri, his sister Beverlee Langille (Dave). Grampy Don will be sadly missed by his loving grandchildren Taylor, Myles, Alexander and Arianna and lovingly remembered as Uncle Don to his many nieces and nephews.

Don was predeceased by his father, Lloyd Garnet Chase and his mother, Mildred Alice Barnes (Chase/Redden) as well as by his son-in-law, David William Jones.

Arrangements are under the care and supervision of the Jones Family Funeral Centre, 70 Church Street, Amherst (902-667-8777) where a  public visitation will take place from 1 PM until 2 PM on Sunday, January 15, 2023 followed immediately by the funeral service at 2 PM. The funeral service will be live-streamed at www.jonesfamilyfuneralcentre.ca.

The family extends heartfelt thanks to Dr. Beltran and Dr. Bowen for their exceptional care of Don for over 20 years and thank Dr. James and the B wing nurses of the Cumberland Regional Health Care Centre for their care over the past few weeks.  If desired, donations to the Heart and Stroke Foundation of Canada may be made in Don's memory.