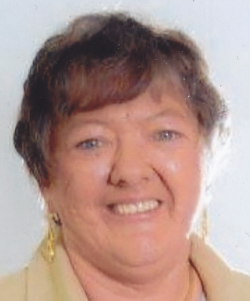 It is with great sadness that we announce the passing of Janet Marjorie (White) Thompson, 72, of Amherst, at her home on Thursday, January 5, 2023.  Born in Amherst, Janet was a daughter of the late Roy and Grace (Estabrooks) White.

Janet loved to spend time at the cottage and anything to do with her dogs.

Besides her parents, she was predeceased by her brother Larry.

Arrangements are under the care and supervision of the Jones Family Funeral Centre, 70 Church Street, Amherst (902-667-8777).  Honouring Janet's wishes, cremation has taken place and there are to be no services at this time.  A celebration of Janet's life will be held at her cottage at a later date.

Donations in memory of Janet may be made to the Canadian Diabetes Association.