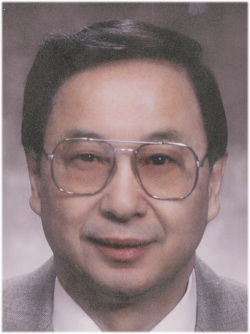 It is with sadness we announce the passing of Kai Fong Chan, age 86, of Amherst, Nova Scotia.  Kai passed away on Tuesday, October 11, 2022 at the Cumberland Regional Health Care Centre after a short illness.

Born in China, he was a son of the late Ting Wan and Liu Si (Wan) Chan.  Kai immigrated to Canada in 1964 to study; he completed his Masters of Pharmacy degree at the University of Toronto and went on to hold various pharmacy positions related to quality control before moving to Nova Scotia.  Kai opened and operated Cumberland Drug Mart on South Albion Street in Amherst for decades.

He was passionate about sports, playing basketball on university teams and winning several bowling championships throughout his life.  Kai enjoyed keeping fit and visiting with his teammates; he was an active bowler on many leagues well into his 80’s.  He was proud of his two grandsons for their involvement in soccer.  He loved living in Amherst and spoke very fondly of being part of such a wonderful community.

Kai will be dearly missed by his son Dr. Kevin Chan and his wife Heather, Kanata, Ontario; grandchildren Kyle and Nathan Chan, siblings So Ching, Chi Hong, Ying, Rowena, Raymond, lvy, Lisa, many nieces and nephews, and the Khor, Mah, Young, and Lai families who were dear family friends.  He was predeceased by his wife Mei (Chow) Chan, his son Kirby, and siblings Kwai and Anthony.

Arrangements are under the care and guidance of Jones Family Funeral Centre, 70 Church St., Amherst, NS (902-667-8777).  An afternoon of remembrance will take place on Saturday, November 26th from 2-4pm, with special words at 3pm.  The family asks that visitors wear a mask to protect themselves and others during this cold and flu season.  Many thanks to Dr. Murray McCrossin and the wonderful staff at the Cumberland Regional Health Centre in Amherst for their loving care and Kai’s neighbours and bowling teammates who became dear friends who watched out for him over the years.

In lieu of flowers, the family asks that donations be made towards Autism Nova Scotia, Cumberland Chapter, where a fund has been set up to develop sports programs for children with Autism. Donations may be made by calling (902) 660-3003 or through this link Autism Nova Scotia | Kindful.