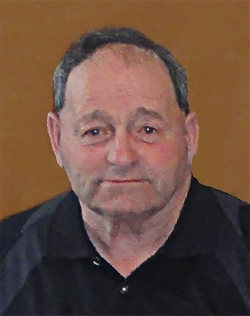 Born and raised in Joggins, Nova Scotia, Tom was the third child of Amedee and Lena (Mills) Hebert. He is survived by his sister, Yvonne Wilson, Truro, NS, and by his brothers: Joe (Sue), Quispamsis, NB; Roger (Joan), Blind Bay, BC; Norman (Judy), Dartmouth, NS; and Stanley (Mary), Beaverbank, NS. He was predeceased by his parents, his brother, George, and his brother-in-law, Bill Wilson.

Although he had no children of his own, Uncle Tom was greatly loved by his numerous nieces and nephews, who very much grieve this loss. He was blessed with many great and great great nieces and nephews as well.

Tom had a gentle, humble way about him, although he could be very particular as well about certain things. He loved children and animals and both seemed to be drawn to his generous spirit and kind hearted nature. Returning for vacations from his work in Toronto, he would often bring gifts and treats home for family, especially for the kids, who couldn’t wait to see Uncle Tom. There were many trips to the beach where the cold Lower Cove water never bothered him and he would enjoy swimming and floating in the bay, to the point where he once said he fell asleep bobbing on the waves. There were trips with family to Five Islands for clam digging and drives around the Cabot Trail, or shorter Sunday drives around Minudie.

There was no harder worker than Tom. He was a strong man and growing up rurally, he did not shy away from hard work that had to be done. Working with the horses and hauling coal from the local mine was a joy to him. He was more than happy to stop and let children on the cart for a ride. As a young adult, Tom joined his brothers in Toronto for work. He spent over 10 years working in Toronto and returned home to work seasonally on Pete Scopie’s road crew.

His road end home was decorated for every occasion. Tom especially loved putting up lights and decorations for Christmas and was proud to display his Canadian flags for July1st. Many were the family gatherings over the years, where Tom could be heard singing along with his brothers and their guitars. Country music and Christmas carols were his favourites.

Sitting in his rocking chair in the kitchen, Tom loved to listen to stories being shared and shared many himself. He had an amazing memory and could often share details of stories others had forgotten. And his laugh was a gift. When Tom would tell a funny story, he would laugh and could hardly get the words out. You couldn’t help but laugh yourself, even if you weren’t really sure what you were laughing at, because his laughter was so contagious. We will never forget this part of him; it truly was a gift to all.

Tom loved the WWF, and it would be hard to believe that there could be a bigger fan than he was. He got oh so excited watching his favorite wrestlers on TV with his family and friends, and you could hear the cheering from another room. He once got so excited watching a live match, they thought for sure he might just jump into the ring.

Tom was raised in a devout Catholic home. He carried on this faith and always had a rosary close by. Walking "down the road" in Joggins was a favourite pastime for Tom. He always preferred to walk to and from church or to check his lotto tickets, which were faithfully played. Family would often join him on his walks when visiting.

Living with his mother Lena, Tom helped keep the house running after his father, Amedee, passed away. In his later years, you could still see Tom shovelling the large driveway snowstorm after snowstorm. The community of Joggins embraced him. So many people would drop in to see Tom, take him to appointments, bring him meals and, simply put, cared for him because they cared about him. This was such a blessing to Tom’s family who lived away.

No words can express how truly grateful we are for this loving support of our brother and we thank this community from the bottom of our hearts. Thanks to all the home support workers who assisted him over the years, and the many of them who went well beyond their "job description"; to Dr. Beltran and Cheryl, who cared for his medical needs for many years; to John and Anne for delivering his groceries and his tickets, and for keeping his driveway plowed; to Cheryl who dropped off his mail to him; to Phillip who did his lawn care; to Roy who took care of his garbage; to Reggie who helped in various ways, and to all the many others who helped him in any way. A very special thank you to Brett Hamilton, who, for the first few years that Tom needed help, faithfully took him to his medical appointments, to his hair cuts, and to Amherst for any other business he needed to do, and, to Lester O’Regan, who stepped in to continue all the care when Brett was no longer able to help, and especially to Lester for the extra care he gave Tom over the last couple of years, when his mobility became more difficult. All of this care allowed Tom to continue to live at home until his most recent fall resulted in his hospitalization.

Arrangements are under the care and supervision of the Jones Family Funeral Centre, 70 Church Street, Amherst, NS (902-667-8777) where a visitation will take place from 2:00pm-4:00pm and 6:00pm-8:00pm on Thursday, October 20, 2022. Funeral mass will take place on Friday, October 21, 2022 at St. Thomas Aquinas Church, Joggins at 11:00am. Burial at St. Thomas Aquinas Cemetery, Ragged Reef, immediately following. Reception to follow burial at the Joggins Legion.

For those who wish to do so, donations may be made to St. Thomas Aquinas Cemetery.

Memories and condolences may be sent to the family by visiting the online memorial at www.jonesfamilyfuneralcentre.ca or through the Jones Family Funeral Centre Facebook Page.