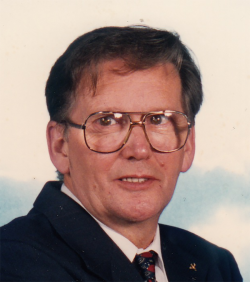 It is with sadness we announce the passing of Donald Jury, age 81 of Amherst. Donald passed away  on Monday, August 8, 2022 at the Cumberland Regional Health Care Centre.

Donald loved sports, especially hockey, whether coaching in his younger years, or watching it on television.  He loved his special dog Daisy.  Donald lived in Ontario for 30 years, working as a Stationary Engineer for Consumer Glass until his retirement.

Donations in memory of Donald may be made to the Canadian Cancer Society, or the charity of your choice.

Sharing of memories and condolences may be sent to the family by visiting Donald's online memorial at www.jonesfamilyfuneralcentre.ca or through the Jones Family Funeral Centre Facebook Page.