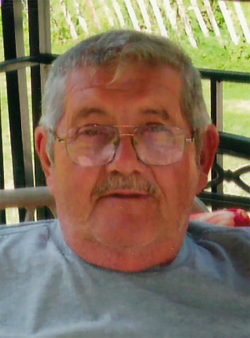 It is with sadness that we announce the passing of James "Bob" Robert MacPherson, 78, of Amherst. Bob passed away on Saturday May 28, 2022 at the Cumberland Regional Health Care Centre.

Born in Amherst, he was a son of the late Jim and Gen (Gogan) MacPherson.

Bob worked as a projectionist at Paramount Theater and then was a Branch Manager for the Halifax Herald for distribution in Amherst until May 1980 when him and LeEtta moved to Prince George, BC. In 1884, he moved to Edmonton, AB where he worked in construction until Dec of 2007 when he moved back to Amherst to retire.

He enjoyed hunting, traveling and the 5 German Shepherds him and LeEtta had over the years.Bob will be dearly missed by his wife of 60 years LeEtta; daughter Elizabeth MacPherson; granddaughter Kenzie MacPherson Helders; sisters Bonnie (Gerry) Smurlic of Ontario, Gloria Hutchinson of Dartmouth and Catherine MacPherson of Amherst; brothers Joseph Alexander (Sandy) of BC, John Jerald (Jerry) and his wife Lynn of Amherst, Grant and his wife Louanne of AB; brother-in-law Larry Bowser of BC and Donald DeCoste of Amherst; as well as several nieces and nephews.

Besides his parents, he was predeceased by his aunt Jessie MacPherson, sister Peggy DeCoste, sister-in-law Venesha Bowser and nephew Scott Chapman.

Special thanks to the nurses in the ICU and also to Dr.Bowen.

Donations in memory of Bob may be made to VON or the Diabetes Association.