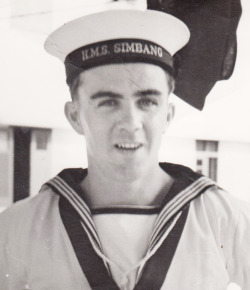 Service Information
Service Time
There will be no funeral at this time.
Requested Charity
Bob would be much happier if you were to plant a flower or tree of your choice in his memory.
Send Flowers

The family of Robert Allen wish to announce his passing at age 91 on January 7th, 2022 at the Cumberland Regional Health Care Centre in Amherst Nova Scotia. He was predeceased by his wife of almost 60 years, Jean (Rhodes) and younger brother Harold. He was the son of the late Harold and Amy (Kiddoo) Allen of Middlesex, England.

Born in Montreal he journeyed back and forth across the ocean with his parents from North America to England five times before he reached the age of 14. He lived in Saint John, NB, Quincy Massachusetts, and various country residences in England while the war was on.

At 17 he joined Her Majesty's British Royal Navy at Culdrose Fleet Air Arm Naval base HMS Seahawk. He learned his career as a radio repairman and served in Squadron 848 in Malaya. Leading Hand Allen had a photo developing room on base and repaired boots as well.

It was at Naval Base HMS Seahawk where he met Wren Jean Rhodes. They married in Helston in 1952 and remained married for almost 60 years until Jeans death in 2011.

In 1966, Bob took his family and resettled in Oshawa, ON. There he was employed at General Motors as a maintenance electrician for 29 years. In his retirement years he traveled the world with Jean. He was an avid gardener and cultivated most all his plants from cuttings, creating a beautiful garden and greenhouse growing flowers, shrubs and vegetables. Bob's hobbies also included wood working, furniture building, house improvements and general building, metal work, milling and anything else one could do in his workshop. He redesigned his home over the years and built all his own cabinets and helped his neighbours with their construction projects. He loved his family and enjoyed his outings.

Robert’s quick wit and sense of compassion resulted in new friends wherever he went and will be sadly missed by all.

Cremation has been entrusted into the care of Jones Family Funeral Centre, 70 Church Street, Amherst, NS.  Robert requested no service as he didn’t wish to inconvenience anyone. Rather than sending cards or flowers he would be much happier if you were to plant a flower or tree of your choice in your garden in his memory.