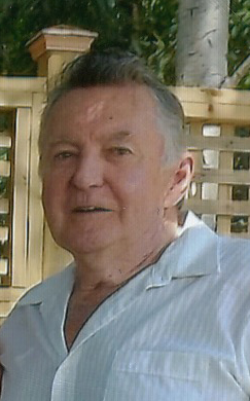 It is with sadness we announce the passing of Lloyd Wesley Goodwin, age 80, of Baie Verte, NB, on Wednesday, December 22, 2021, at the Cumberland Regional Health Care Centre.

Born in East Amherst, NS, he was a son of the late Harold and Hazel (Coulson) Goodwin.

Lloyd was a member of the Iron Workers Union for close to 40 years.  He worked on some of the tallest structures and bridges in the Maritimes.  He was an avid vegetable gardener.  If he wasn't planting, he was harvesting, or planning for next years garden.  He enjoyed selling fruits and veggies at the family U-Pick.  Above all, his greatest love was spending time with his grandchildren.

He was predeceased by his wife Gloria; sister Shirley Ripley and brother George Goodwin.

Donations in memory of Lloyd may be made to the charity of choice.

Sharing of memories and condolences may be sent to the family by visiting Lloyd's online memorial at www.jonesfamilyfuneralcentre.ca or through the Jones Family Funeral Centre Facebook Page.