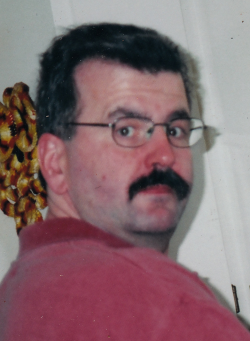 With broken hearts we announce the death of William Joseph Brewer, 58, after a short illness on Saturday, September 4, 2021. Born in North Sydney Billy was the son of the late John Brewer and Athena Brewer.

Billy loved to cook and bake and worked as a cook and baker at many restaurants in Nova Scotia, New Brunswick, Prince Edward Island, Alberta and Nunavut. He also loved quilting and sewing, word working and renovating houses. He loved entertaining and hosting Sunday dinners for friends and family. He was always available to help those in need.

He was predeceased by his sister Theresa Brewer, and parents John and Althena Brewer.

Cremation has taken place under the care and supervision of Jones Family Funeral Centre, Amherst, NS. Billy's happiest childhood memories were at Ingonish Beach and the ashes were spread there as well as on family graves in Ingonish and North Sydney.

For those who wish to do so, the family requests that donations be made in his name to the Canadian Diabetes Association.