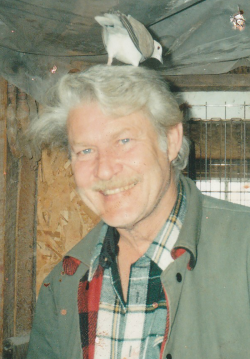 Larry Henry Dowe of Tidnish, NS passed away on September 7th, 2021 in his farm home at the age of 74.

Born in Springhill, NS on August 3rd, 1947, he was the son of the late Albert and Amy Dowe.

He was a proud veteran of the Canadian Armed Forces, retiring after 30 years of combined service. Multiple UN tours and an important task like providing fresh water to troops during Canada Dry "1" in 1990 in Qatar.  He was also a member of the Royal Canadian Legion.

He will be sadly missed by sons, Bruce, James, John his daughter Angela Kennedy, many grandchildren and by several brothers, sisters,nieces, step son Morgan and spouse Patty Dowe and nephews.

Donations in Larry's memory may be made to the charity of your choice.

Sharing of memories and condolences may be sent to the family by visiting his online memorial at www.jonesfamilyfuneralcentre.ca or through the funeral home facebook page.