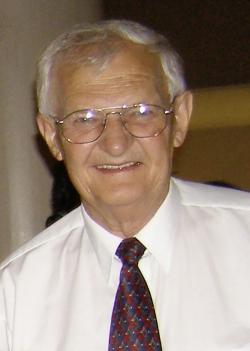 It is with profound sadness we announce the passing of B. George Jorgensen of Brookdale, NS.  George passed away after a lengthy battle with Pulmonary Fibrosis on Thursday, April 8, 2021 at the Cumberland Regional Health Care Centre.

Born in Wallace Bay, NS, he was a son of the late Jorgen and Helga (Bekker) Jorgensen.

Over the years he worked at the Bank of Nova Scotia, HR Doane, Grant Thornton and Karnes Kitchen. In 1979 he started his own chartered accountant practice, later partnering with Gary Bickerton, forming Jorgensen & Bickerton until his retirement in 2019.

Besides his parents, he was predeceased by sisters, Marie, Anna, Bernice; brothers, Nils, Viggo, Hans and Gordon.

Arrangements have been entrusted to the Jones Family Funeral Centre, 70 Church Street, Amherst, NS (902-667-8777).  A private family service will be held at the Amherst Cemetery in the near future.

Donations in memory of George may be made to the Cumberland Palliative Care, the Lung Assoc., the LA Animal Shelter, The Red Cross, or charity of choice.

George's family wishes to extend a heartfelt thank you to the Dr's, Nurses, and staff at the CRHCC, especially Dr. Bienkowski, Nurses Amy and Jennifer, for their kindness and care over the last few months.

Sharing of memories and condolences may be sent to the family by visiting George's online memorial at www.jonesfamilyfuneralcentre.ca or through the Jones Family Funeral Centre Facebook Page.