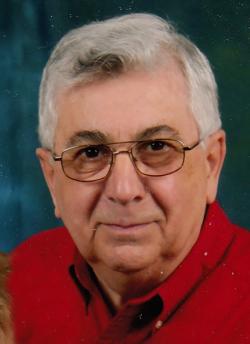 It is with deep sadness that we announce the passing of Raymond Edward Gallant, age 78, of Amherst, NS.  Ray passed away on Saturday, March 27, 2021 at the Cumberland Regional Health Care Centre, with family by his side.

Born in Amherst, he was a son of the late Albert and Etta (Benjamin) Gallant.

Ray received many awards during his administrative career in Cumberland County and Yarmouth. While in Yarmouth, he always looked forward to attending his poker club.  Affectionately known as Papa to his grandchildren, he loved taking them on adventures when they were little.

Besides his parents, he was predeceased by son Jeffery and daughter Suzanne Rae Gallant; sister Theresa and her daughter Terry.

Arrangements have been entrusted to the Jones Family Funeral Centre, 70 Church Street, Amherst, NS (902-667-8777).  A private family committal service will be held at a later date.  In keeping with Ray's wishes, there will be no public visiting or funeral service.

Donations in memory of Ray may be made to the LA Animal Shelter.

Sharing of memories and condolences may be sent to the family by visiting Ray's online memorial at www.jonesfamilyfuneralcentre.ca or through the Jones Family Funeral Centre Facebook Page.