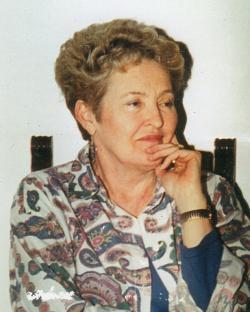 With sadness, the family of Shirley (Clarke) Barnes announce her passing on March 21st in her 91st year.

Born in Malagash, NS, Shirley was the daughter of the late Auley and Constance (Stewart) Clarke.

She is survived by her husband Robert McDougall Barnes, sisters Joan Swetnam of Dartmouth, Jean Atkinson of Fort Lawrence, Anne (Gary) Crowell of Amherst and brother Garry (Vi) Clarke of Waverly, NS. and her cousin Charles (Gloria) Joyce of Brookfield who was raised as a brother in her family. She is also survived by her four children, Sheri (Rick) Bromer of Parrsboro, Connie (Eric Rose) Barnes Rose of Montreal, Janice (Jeff McCartney) Barnes of St.Lazare QC, and Robert Barnes of Gerlach, NV, USA. She is also survived by six grandchildren, Sarah (William Mericle) Bromer, Jessica Bromer, Anna Rose, Carmen (Kim Ho) Rose, Claire McCartney, Steven McCartney and three great grandchildren, Arthur, Theodore and Lumi as well as many nieces and nieces and nephews. She was predeceased by brothers-in-law Robert Swetnam, and Jack Atkinson.

Shirley spent her childhood years in Malagash before moving to Amherst where she graduated from Amherst Senior High School and then St. Charles Commercial School in 1949. She worked at Macleod Jewelers before marrying Bob and raising four children.

She joined the Amherst Drama Club in the early seventies, performing in major roles in several memorable dramatic productions. Shirley was passionate about theatre and found much fulfillment in being part of Amherst’s vibrant drama scene. Later, she returned to her interest in painting. An accomplished water-colourist, her natural landscape paintings adorn many walls in Amherst and beyond. Shirley was a former member of the Sackville Art Association and her work was often shown in their annual exhibitions at the Owens Art Gallery. In the 2008 show, she was the featured artist along with her sister, Anne Crowell. She donated many of her paintings to local charity auctions. As a painter, and as a person, she loved the beauty of clouds and sunsets, trees and flowers.

Shirley enjoyed dancing, playing cards and spending time with friends and family. She was also an avid reader. She was interested in philosophy and psychology, and she possessed great insight into human nature. She was very fair-minded and thoughtful towards others, and she rarely spoke an unkind word about anyone.

Shirley had a difficult journey with dementia these last several years, however she passed away peacefully with Bob at her side. She will be lovingly remembered for her starring roles as wife, mother, sister, grandmother and friend.

Shirley’s family wishes to thank the staff at Northumberland Hall for their many years of care and compassion. We thank Liz Purdy for her faithful visits until Covid restrictions. We are grateful to Anna Turner for her many years of providing kind attention to Shirley’s care and well-being.

Pre-Registration is required.  Please call or email the funeral home to register your attendance.  Masks are required, and it is asked that all follow Covid Regulations.

Sharing of memories and condolences may be sent to the family by visiting Shirley's online memorial at www.jonesfamilyfuneralcentre.ca or through the Jones Family Funeral Centre Facebook Page.