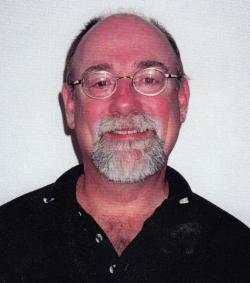 It is with sadness we announce the peaceful passing of Paul MacDougall, age 69, of Amherst, NS.  Paul passed away peacefully at the Cumberland Regional Health Care Centre on Wednesday, March 17, 2021.

Born in Amherst, NS, he was a son of the late Gerald and Evelyn (Ash) MacDougall.

Paul was a member of the Canadian Navy serving 30 years from 1971 to 2001 as a communication tech.  He served at bases across Canada and sailed on the HMCS Athabaskan, HMCS Fraser, HMCS Saguenay and the HMCS Gatineau, retiring as Petty Officer 1st Class.

He was a sports enthusiast, and a lifelong Montreal Canadiens fan.  He played hockey for the Amherst Jr. Ramblers, and little league baseball.  He was an avid golfer since the age of 12 and, while serving in the navy, he never went anywhere without his golf clubs, and played on several military golf teams.  Upon returning to Amherst, he rejoined the Amherst Golf Club, and became a member of the Board of Directors. It was truly his lifelong game.  When not golfing, Paul curled for years.  He won many bonspiels, locally and nationally, representing CFB Halifax.  He always looked forward to Friday night Pool with his friends.

Paul will be dearly missed by his sister Dawna Ferguson, Abbotsford, BC; brother Ian, Amherst, NS; niece Jo-Anne Ferguson as well as her children Lindsey, Paige, Mitchell, Felicia, and Riley.

Arrangements have been entrusted to the Jones Family Funeral Centre, 70 Church Street, Amherst, NS (902-667-8777).  A graveside service will be held at a later date.

Donations in memory of Paul may be made to the charity of choice.

Sharing of memories and condolences may be sent to the family by visiting Paul's online memorial at www.jonesfamilyfuneralcentre.ca or through the Jones Family Funeral Centre Facebook Page.