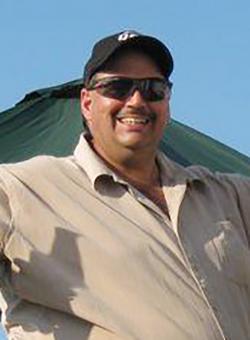 We are saddened to announce the loss of our beloved Peter White, 54, of River Hebert. Peter passed away March 14th, 2021 at the Queen Elizabeth II Science Centre in Halifax surrounded by family and his best friend.

Peter was born on May 18th, 1966 in Amherst, Nova Scotia. He was the youngest child, and only son to Harvey White, Amherst, NS and the late Alice (Burke) White.

He graduated from River Hebert District High School in 1986. Peter was a dedicated railroader alongside of many family members with CNR. He began his employment in 1988 for twenty-four years, until his retirement in 2012 due to illness.

Peter was married to the love of his life, Lisa (Linkletter), for over thirty-three years. They shared their love and lives together. Peter’s greatest treasures in life were his three children; his son Kyle (home), daughter Lacey (Josh Best), Amherst, son Kirkland (home). He also leaves behind his cherished father Harvey, Amherst, best friend Shaun McCallum, and dog Bella.

In his youth Peter loved playing many sports including hockey, tennis and soccer. In his later years, Peter enjoyed gardening and being competitive with others about whose crops were more impressive. He was an avid coin collector, and would collect and search for rare coins. Peter was a devoted fan of the television show The Curse of Oak Island, so much that he traveled to and explored Oak Island in 2019 with his wife and friends Sherry and Kevin. He also enjoyed fishing, watching sports, watching television, playing cards, biking, playing pool, going to concerts, hosting washer toss tournaments and BBQ’s, spending time with family and friends; especially his son Kyle, and hanging out in his "man cave" that he was very proud of.

Peter will be remembered as a gentle, loving and hard working person, who never complained about anything; for his great sense of humour, amazing strength to battle anything that life threw at him, and most importantly his kind-heartedness.

Arrangements have been entrusted to the Jones Family Funeral Centre, 70 Church Street, Amherst, NS (902-667-8777).  An evening of visitation will be held on Wednesday from 6 to 8 pm, all are invited to attend.  Masks are required, and it is asked that all follow Covid Regulations.  A public Celebration of Life will be held on Thursday, March 18, 2021 at 2 pm from Jones Family Funeral Centre.  Pre-Registration is required.  Please call the funeral home to register your attendance.

Donations in memory of Peter may be made to the Cumberland Early Intervention Autism Society, or a charity of your choice.

Sharing of memories and condolences may be sent to the family by visiting Peter's online memorial at www.jonesfamilyfuneralcentre.ca or through the Jones Family Funeral Centre Facebook Page.