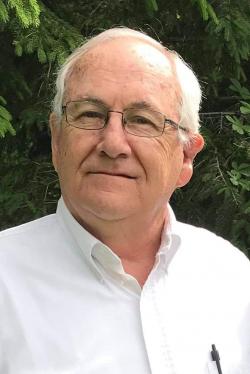 It is with heavy hearts that we share the passing of Keith Fulton Rudderham on Sunday, February 21, 2021 after a brief illness at the age of 81. Keith was a son of Gordon and Margaret Rudderham.

He was predeceased by his parents and his brother Jon Rudderham.

Keith left Sydney after high school to join the Oblates of Mary Immaculate in Ottawa for 12 years which included missionary work throughout Chile and Peru for 5 years. Once his calling changed he returned to Canada to work with the Sacred Heart Rehab Center in Detroit, MI. He would meet his future wife and mother of his children while they were both employed there. Keith would return home to his beloved Cape Breton to work community corrections and eventually would find his way to Correctional Service Canada as a Parole Officer. Since his retirement, he has focused more on his volunteer work with the Amherst Chapter of the Kidney Foundation, spending time with his family and doting on his grandchildren. Travelling with Margaret and visiting with family and friends brought him much joy and contentment.

A special thanks to the care teams at the Cumberland Regional Heath Care Center and the Victoria General including Father Owen Connolly. Especially the entire team in the VG ICU who cared so compassionately for us as well as Dad.

Arrangements are under the care and supervision of the Jones Family Funeral Centre, 70 Church Street, Amherst (902-667-8777). Cremation has taken place. There are to be no services at this time.