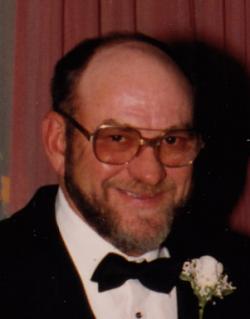 It is with great sadness that we announce the passing of Donald "Don" Carl Canton, age 84, of Amherst, NS.

Born in Amherst, NS, he was the son of the late Fred and Edith (Barkhouse) Canton.

Don was a longtime Amherst businessman running his own business, Don's Radiator since 1976 until his retirement in 2006.

The family would like to thank Gables for the special care.

Arrangements have been entrusted to Jones Family Funeral Centre, 70 Church St., Amherst, NS (902-667-8777). Cremation has taken place and in keeping with Don's wishes, there will be no visitation or funeral service.

Those wishing to make a donation in Don's memory may do so to the Canadian Diabetes Association or Gables Lodge.

Sharing of memories and condolences may be sent to the family by visiting Don's online memorial at www.jonesfamilyfuneralcentre.ca or through the Jones Family Funeral Centre Facebook Page.