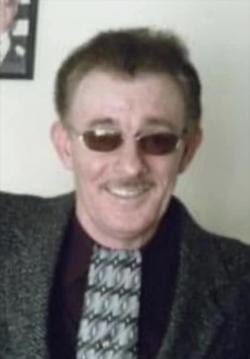 He was the son of the late Cyril and Vita(Hall) Hepditch .

Alexander, better known as Sandy was a mechanic and heavy equipment operator. He also like to paint houses with his brother Ray. He love to wheel and deal. Playing the slot machines was his favourite thing to do. He loved to go fishing with his brother Ray and always wanted to get the biggest fish.

Arrangements are under the care and direction of Jones Family Funeral Centre, 70 Church St., Amherst, NS (902-667-8777). Cremation has taken place under the care of Jones funeral home, Amherst Nova Scotia. There will be no funeral at this time. A graveside visual will take place at the Whitbourne cemetery in NFLD , where he will be laid to rest by his mother at a later date.

Should friends desire, memorial contributions may be made to the charity of your choice.  Sharing of memories and condolences may be sent to the family by visiting Sandy's online memorial at www.jonesfamilyfuneralcentre.ca or through the Jones Family Funeral Centre Facebook Page.