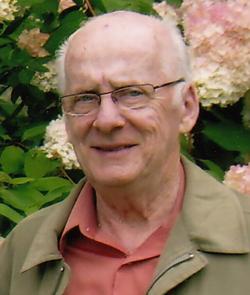 Adam Forbes Rae, 87 years of age, of Amherst, passed away peacefully on Friday, June 26, 2020 at the Cumberland Regional Health Care Centre. Born in Rogers Hill Pictou County, he was the son of the late James & Effie (Forbes) Rae.

Forbes is survived by his wife, Shirley (Burbine), sister, Beth King of Oshawa, brother in law, David Graham, Westville as well as nieces and nephews and a special aunt, Lina Forbes.

Besides his parents, he was predeceased by his sisters, Vivian Boehk, Heather Graham, brother in laws Robert Boehk.

Arrangements are under the care and direction of Jones Family Funeral Centre, 70 Church St., Amherst, NS (902-667-8777).  A funeral service will be held at the Funeral Home on Monday, July 6, 2020 at 2p.m. Please respect the family and other attendees by wearing a mask. Burial will take place in the King Seaman Lakeside Cemetery, Minudie.

Should friends desire, memorial contributions may be made to the Canadian Cancer Society.  Sharing of memories and condolences may be sent to the family by visiting Forbes's online memorial at www.jonesfamilyfuneralcentre.ca or through the Jones Family Funeral Centre Facebook Page.