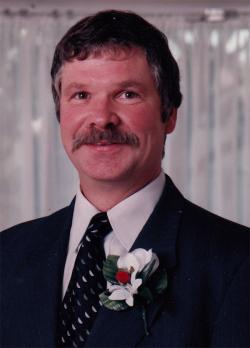 It is with deep sadness we announce the peaceful passing of William John "Will" Rodd, age 68, of Amherst, NS.  Will passed away unexpectedly at home on Tuesday, March 17, 2020.

Born in Kingston, ON; he was a son of the late Francis and Gertrude (Elder) Rodd.

Will was a man of many paths; Miner, Oil Rigger, Lumberjack, Pizza Chef, Stationary Engineer, returning to school in his 40's to become a funeral director.  He worked as a funeral director in Ontario, before moving to Amherst where he worked at Campbell's Funeral Home.  He was a dedicated volunteer at the Cumberland Regional Health Care Centre and for the Amherst Community Christmas Dinner.  He was a loving and devoted uncle.  In 1998, he converted to Judaism, so that he may marry the love of his life, Betsy Prager.

He was predeceased by his sister Sherry Grady and her husband Phil.

Arrangements have been made under the care of Jones Family Funeral Centre, Amherst, NS (902-667-8777).  Due to recent events with COVID 19, his funeral service will be held at a later date.

In lieu of flowers, donations may be made to the charity of one's choice.

Sharing of memories and condolences may be sent to the family by visiting Will’s online memorial at: www.jonesfamilyfuneralcentre.ca or through the Jones Family Funeral Centre Facebook Page.