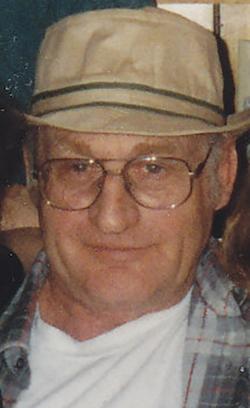 It is with heavy hearts that we announce the passing of Ross Ronald Cormier, 85 years of age, of Amherst. Born in Amherst he was a son of the late Jude & Madeline "Jessie" (Gallant) Cormier.

Ross worked for Irving Oil in his younger years. He worked for Tingley Monuments for 34 years, retiring in 1997. He loved to wood carve, camping and getting together with family and friends.Ross will be sadly missed by daughters, Vicki (Mark), Amherst, and Carol, Hamilton, ON; his son Gary, at home; his grandchildren, Michael, Shannon, Joshua, Brianne, Angel, and Justice,, brothers, Don of Fenwick, Wayne ( Christine) of Chignecto, sister, Evelyn Demeres ( Murray) of Kitchner, ON as well as numerous great grandchildren, nieces, and nephews.

Cremation has taken place under the care and guidance of the Jones Family Funeral Centre, 70 Church Street, Amherst (902-667-8777). There is to be no visitation ore funeral services. A burial of her remains will take place in the St. Charles Nativity Cemetery, Amherst, at a later date.

The family would like to thank Dr. Harrison, Dr. Short and the nurses that took such good care of dad during these past weeks.

For those who wish, donations in memory of Ross may be made to the Palliative Care.

Sharing of memories and condolences may be sent to the family by visiting Ross's online memorial at www.jonesfamilyfuneral.ca or through the Jones Family Funeral Centre Facebook Page.