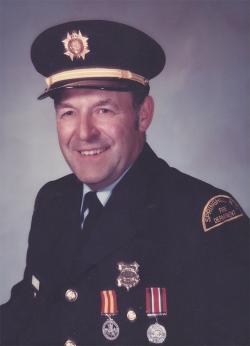 It is with deep sadness we announce the sudden passing of Ronald "Ron" Terris, aged 82 years of Springhill, on Sunday, February 10, 2020, in the Cumberland Regional Health Care Centre, Nappan.  Born in Springhill, he was a son of the late Kenneth and Emily (Light) Terris.

In his younger years, Ron worked for Halliday's Hardware & Hyatt's Hardware in Springhill. He worked several years at IMP. Ron was a member of the Springhill Fire Department. After retiring from active duty he still supported the fire hall anyway he could. He enjoyed hunting and fishing. Ron was a handy carpenter and always willing to help anyone out.  He loved his family and spending time with them.

Besides his parents, he was predeceased by brothers, Harold and Darrell "Denny".

Arrangements are under the care and direction of Jones Family Funeral Centre, 70 Church St., Amherst, NS (902-667-8777). No visitation or service by request. Those wishing to make a donation in Ron's memory may do so to the Alzheimer Society.

Sharing of memories and condolences may be sent to the family by visiting Ron's online memorial at www.jonesfamilyfuneralcentre.ca or through the Jones Family Funeral Centre Facebook Page.