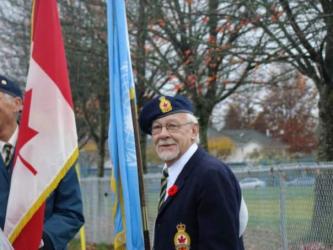 We are saddened to announce the passing of Maynard. J. King of Oxford NS, which occurred at the Cumberland Regional Health Care Center, Amherst, Cumberland County, NS, on Wednesday,February 5, 2020.

Maynard was born to the late Frank and Florence nee(Scot) King on April 8 1938. He has 2 sisters Mary Polacko and Diane Cameron

Maynard loved to read and write short stories, he also was a self taught painter who loved to sip on tea.

Maynard moved to Alberta in 1975 and then to British Columbia in 1986 where he settled in Maple ridge making 1 final stop when he moved to River Hebert, NS, in 2018.

Maynard will sadly be missed by his 2 children Frank T King of BC, and Terry-Anne James (King); his 2 granddaughters, Carole-Anne James and Cassie Green nee (James)(Adam); his 2 great grandsons Hunter and Harrison Green, all of Aggasiz, BC, as well as all of his very close friends at the Royal Canadian Legion, Branch #88, and the Army and Navy Club of Maple Ridge.  In addition, he will be missed by his very near and dear friends of Amherst and area as well as his nieces who meant so much to him.

In honour of my father, he asked to be placed beside his father in Oxford with no services. We will all raise our glass to you instead Dad.