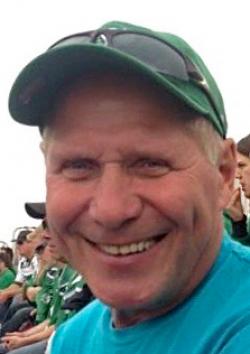 It is with deep sadness we announce the passing of Roger Wayne Hunter, age 69, of Amherst, NS.  Roger passed away at the Cumberland Regional Health Care Centre on Tuesday, January 7, 2020 with family by his side after a lengthy battle with cancer.

Born in Amherst, NS, he was a son of the late Robert Steele Hunter and the late Laura Jean Hope.

His love was fishing with Gary, 4 wheeling and woodworking. Roger was a quiet but motivated person. He retired from Carline Muffler in 2006 after many years of service.  Roger was well respected and often sought after for his advice and leadership.

Arrangements are under the care and direction of Jones Family Funeral Centre, 70 Church St., Amherst, NS (902-667-8777). A time of remembrance will take place at the Amherst Fire Department on Saturday, January 11 from 2 to 4 pm.

Should friends desire, memorial contributions may be made to the Cumberland Cancer Assistance Fund, or the charity of your choice.