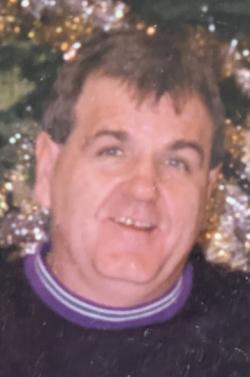 It is with sadness that we announce the passing of Glen Derek "Jessie" O'Brien, age 64, of River Hebert.  Jessie passed away, with loving family by his side, in the Cumberland Regional Health Care Centre on Thursday, August 22, 2019.

Born in Lower Cove, NS, he was a son of Shirley (O'Brien) Dwyer and the late Ronald Dwyer.

Jessie loved to hunt, fish, and spend time in the outdoors.  Though he battled with liver disease, he pushed life to the fullest, making sure he passed having experienced life and having no regrets.

Arrangements have been entrusted to Jones Family Funeral Centre, 70 Church St., Amherst, NS from where visitation will take place on Monday from 11 am until 3 pm, followed by his graveside service in the St. Denis Cemetery, Minudie, NS.

Those wishing to remember Jessie may make a donation, in his memory, to the Cumberland Regional Health Care Palliative Care, or charity of your choice.

Sharing of memories and condolences may be sent to the family by visiting Jessie's online memorial at www.jonesfamilyfuneralcentre.ca or through the Jones Family Funeral Centre Facebook Page.