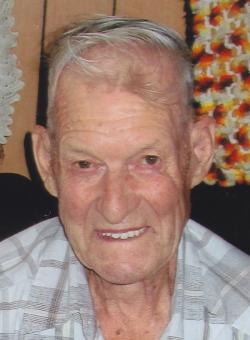 It is with sadness we announce the passing of Allen Kaye Chapman, age 91, of Amherst Shore, NS.  Allen passed away on August 13, 2019 at the East Cumberland Lodge in Pugwash, NS, where he had been residing.

Born in Amherst Shore, NS, he was a son of the late Austin and Jennie (Ogden) Chapman.

Having lived all his life in Amherst Shore, he was well known by permanent and summer residents.  Allen was a member of the Lorneville United Church.  He was a loving husband, father, brother, uncle and friend to all.  Allen spent most of his life in the outdoors, farming and later on in the trucking business, hauling gravel, hay and pulpwood.  He was always on the go.  He enjoyed listening to country and bluegrass music and in his younger years he played guitar and sang at home gatherings.  Allen was a kind, pleasant, soft spoken gentleman who will be dearly missed.

He was predeceased by his wife Florence (MacDonald) and their son Phillip; brother Willard (Jennie) Chapman; sister Jenetta (Ronald) Chappell and their son David Chappell.

Arrangements have been entrusted into the care and direction of Jones Family Funeral Centre, 70 Church St, Amherst, NS (902-667-8777) where visiting hours will take place on Saturday, August 17, 2019 from 1 to 2 pm, followed immediately at 2 pm by his funeral service, Wayne Jarvis, DLM, officiating.  He will be laid to rest beside his wife and son in the Lorneville Cemetery.

Those wishing to make a donation in Allen's memory may do so to the Lorneville United Church, or the charity of your choice.

Sharing of memories and condolences may be sent to the family by visiting Allen's online memorial at www.jonesfamilyfuneralcentre.ca or through the Jones Family Funeral Centre Facebook Page.